It would take about 3 minutes to teach someone how to collect data on a single individual. That is easy to do. You poke around and find out all you can about the person. The difference between an investigator and a good one is this: Turning data into intelligence is a methodical process that can take some time. Let’s take a look at some of the internet’s favorite people.

Our goal is going to be to link him and the original creator of 8chan, Fredrick Brennan, together. If you have kept up with the relationship between Frederick and 8chan, it is not good (supposedly). We can dive deeper on both of them pretty easily, but we will just focus on Ron for today.

We can look at the man who is striving to keep 8chan (now 8kun) alive. 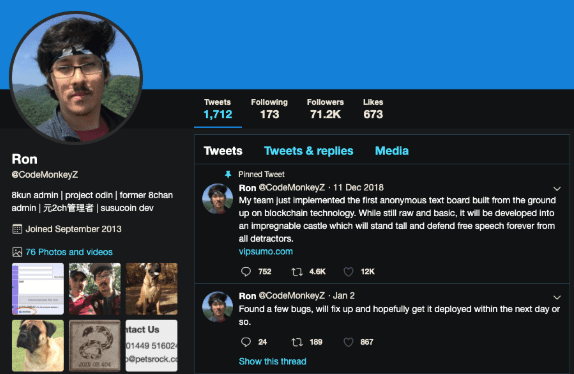 Ol’ Ron here is nice enough; seems like the typical developer type. Let’s dive deeper on his connection with 8chan and the other wonderful land of 2chan. To get started, let’s just review some of his more interesting twitter posts. First up: 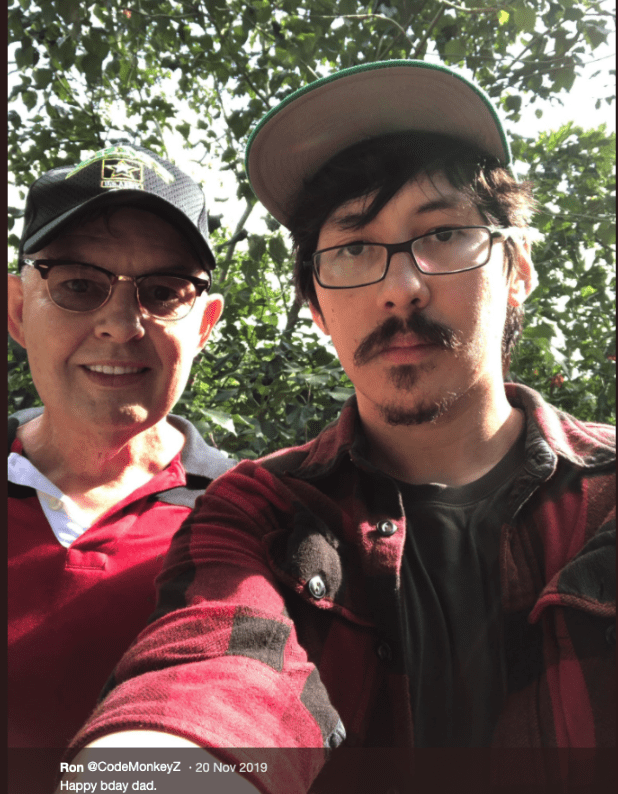 We have a nice little picture with his dad. That’s some intelligence for us (+1 for whoever knows who his dad is :D).

We can look into what he likes now.

So, from above, similar to the owner of 8Chan, we see that he has an interest with Japan (based on the Gundam, what I hope is a J-pop artist–he was nice enough to tag and date a photo for us from 2016). Also, he tags Hiroyuki Nishimura… the owner of 2chan, who worked alongside Fredrick Brennan (founder of 8chan) and Jim Watkins (owner of 8chan).

Nah, we can clean this up a lot more, and doing some very basic tricks using SocialNet and basic web browsing, you can form a graph somewhat similar to this: 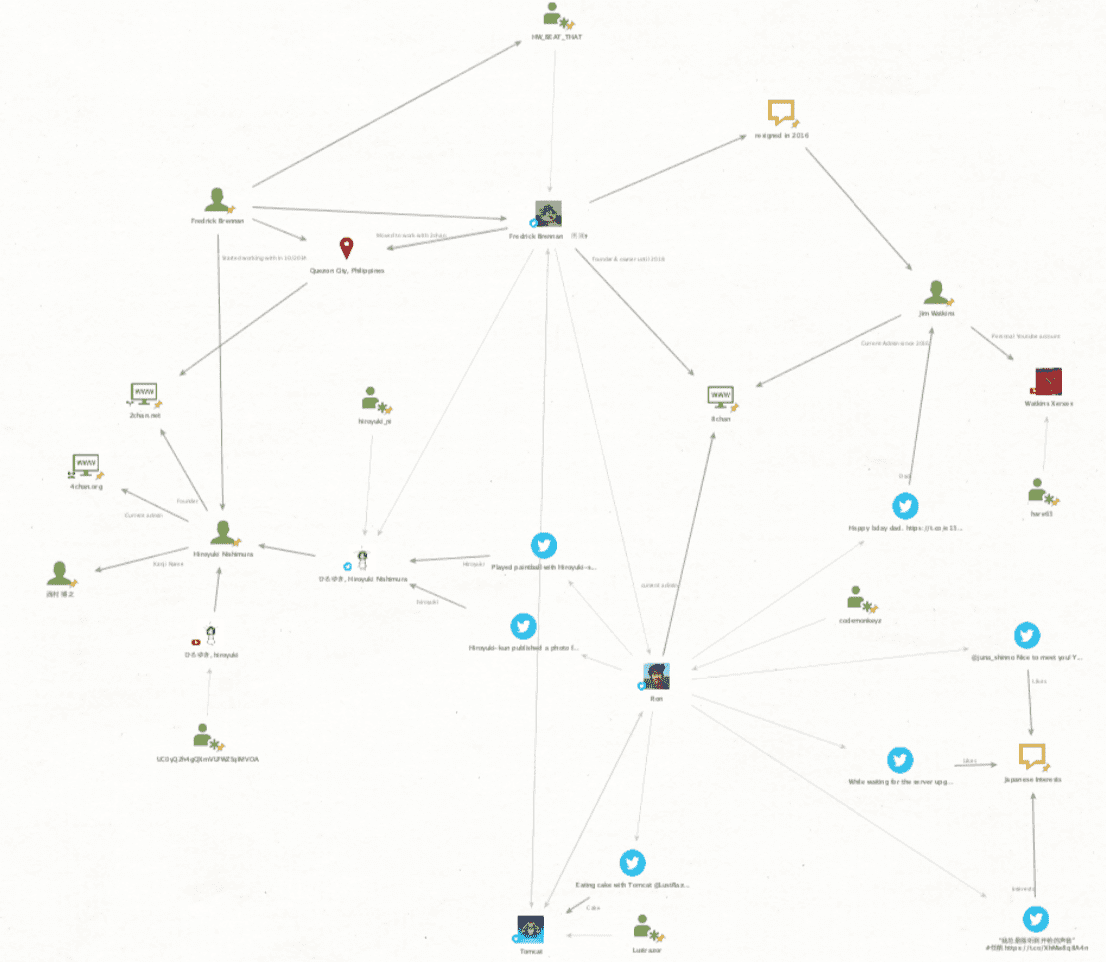 Note: This is a very basic diagram, and the connection between all of these people go much deeper and larger. I spent about an hour looking into this and don’t really want to dive deeper into the people supposedly protecting free speech on the internet…

If you look closely at the graph, you can see all of them are pretty well connected with each other. Contrary to what Fredrick Brennan (founder of 8chan) would have you believe in all of his blog post and news stories; he is still tied to these people. I mean he follows them on Twitter. If I wanted to be completely removed from people, the least I could do would be to unfollow them…

We also see that they are tied together through past experiences: working with Hiroyuki and “TomCat.” And through selling of companies and being admins for other ones, they are connected to each other. Hiroyuki is pretty heavily tied into all of this as well. We will not go into that much here, but something interesting to note is that 8kun (8chans new name) is pushing a form of the dark web called Lokinet, and it just so happens the company that owns 2chan now is Loki Technology Inc. Just something to think about…could be a coincidence.

The real difference between the first picture and this one is very clear. One has actual intelligence and useful information to link the parties together, and the other just has a ton of data splashed on a page. The difference in someone who can actually do something with material they find online and someone who knows how to get data is the same. One is completely useless, and one draws connections and conclusions using meaningful evidence.

Take some time to refine your data and make it into something worthwhile and usable before passing it on to someone else.